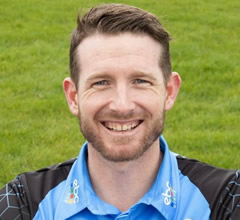 Wessels, the Australian born, moved to England when he was 18 to pursue his cricketing career and joined Northamptonshire in 2004.. where it all begun. Fast forward 17 years, Riki has over 21,000 professional career runs, including over 11,000 in FC cricket.

Wessels joined Nottinghamshire in 2011 as a back-up to Chris Read, but soon became a household name there passing 1,000 FC runs in 2014 & 15. Wessels formed a dynamic partnership with Alex Hales at the top order and became the first ever Notts player to get a t20 hundred in a dominant 2017 season, which saw the Outlaws lift both white ball trophies.

At 32, Riki has now joined Worcestershire and will continue to display his power hitting ability throughout the season.